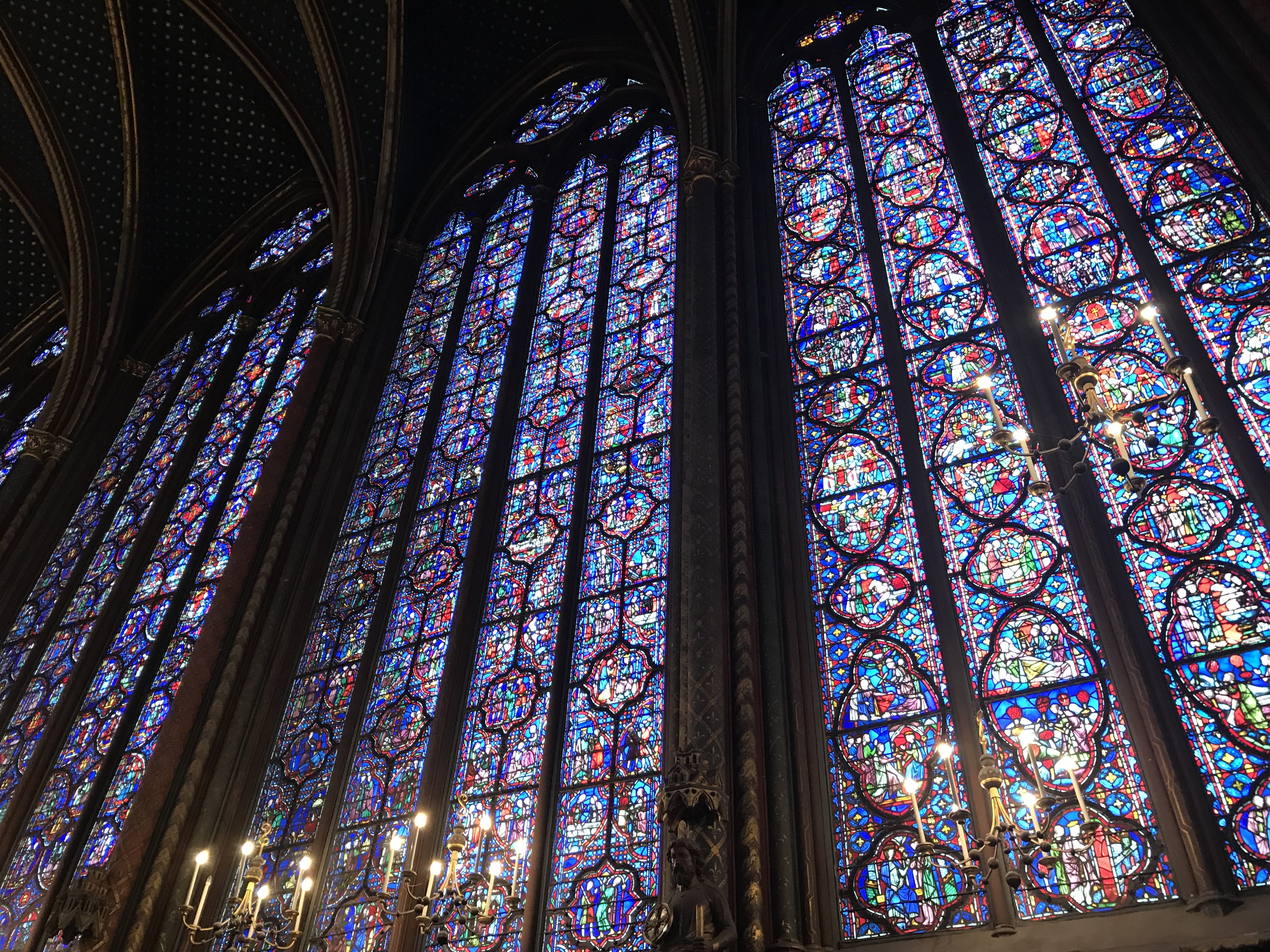 In the past I’ve been called the dreamer, while Amanda was the one persistent and smart enough to make those dreams a reality.  So I was thrill this time around when Amanda had the big idea, and I was the one to make it happen 😇 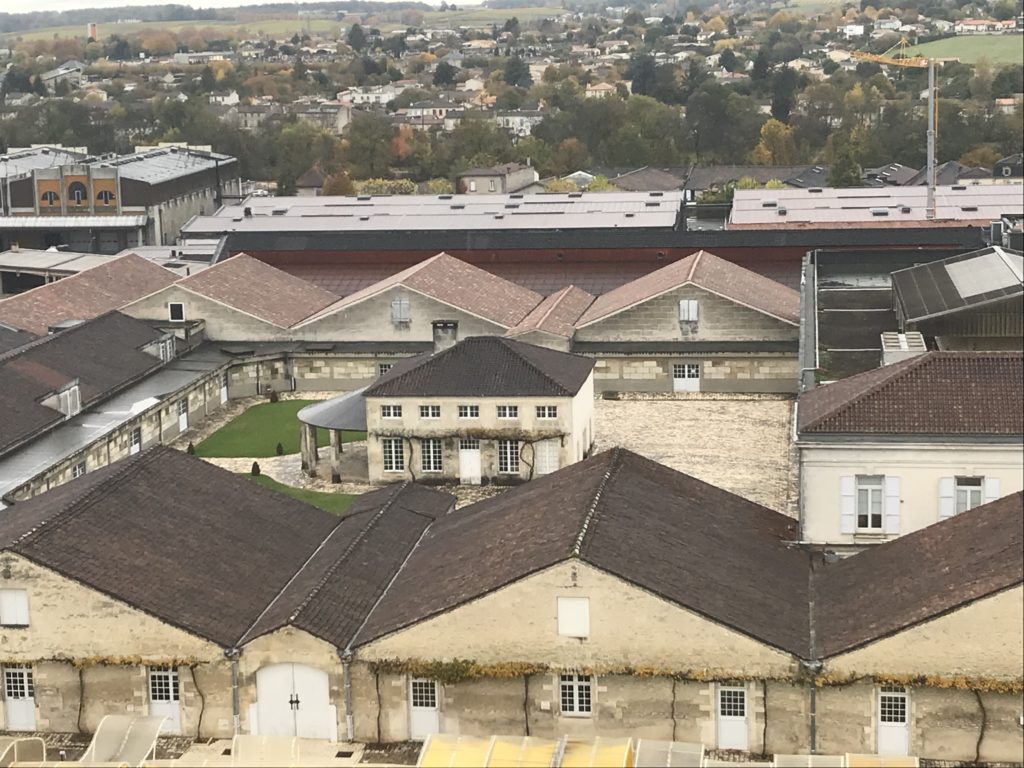 The Cognac region of France has been distilling spirits for centuries.  Martell is known as the first Cognac producer in the world beginning in 1715.  However, Augier was established in 1643!  And Amanda & I were truly blessed with an opportunity to visit both 🙂  The region is world renowned for the production of Cognac and their surrounding Armagnac.  Outside this region, and here in America, you may be more familiar with the term “brandy” to describe the wine based spirit.  But let us assure you there is something truly special about 400 years of French craftsmanship. 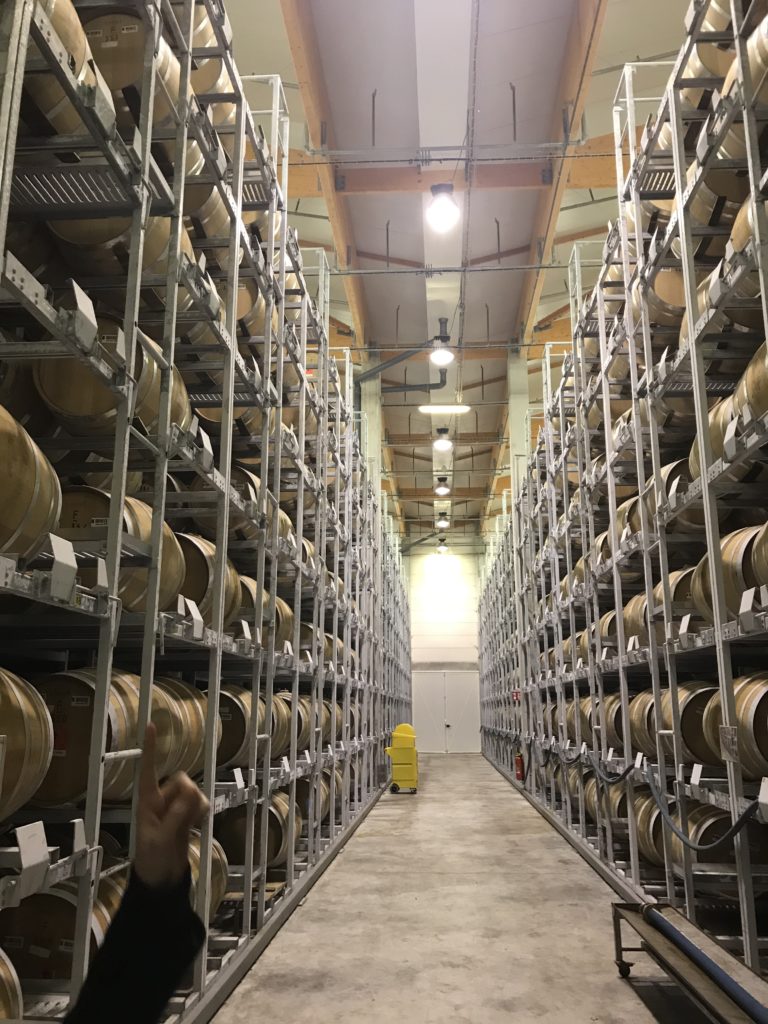 Cognac has such a history Amanda believed we could learn a lot from their distillation techniques and barrel aging methods.  And both of us were shocked at just how right she was.  They used alembic pot still like we do.  As they run their stills the head distiller maintains exact temperatures to collect the best portion to each run.  Everything has been charted and refined over generations.  One of the large Cognac houses was even willing to share these charts with us, and explain how to attach the sensors to our coils  🙏

In their cellars we learn all about the roles of humidity, and head space tasting from multiple casks.  It was a once in a lifetime experience for us.  I will forever be grateful for their kindness, and the respect they showed us.  Our first stop was with a “smaller” producer for Martell (large by our scale).  He brimmed from ear to ear with a smile at his family’s business.  I could not help but think that level of happiness was priceless.  He reserved his best barrels to sell privately or too Martell, and he was rightfully proud.  Even with a language barrier, it felt as if we were speaking a universal “distillers’” language! 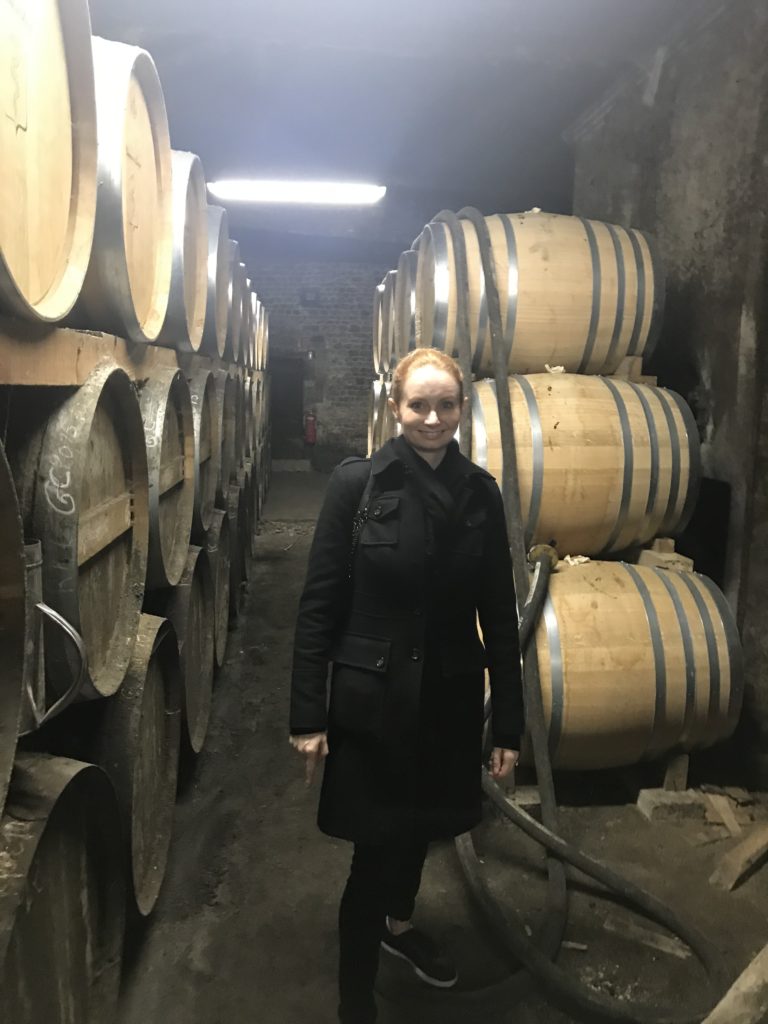 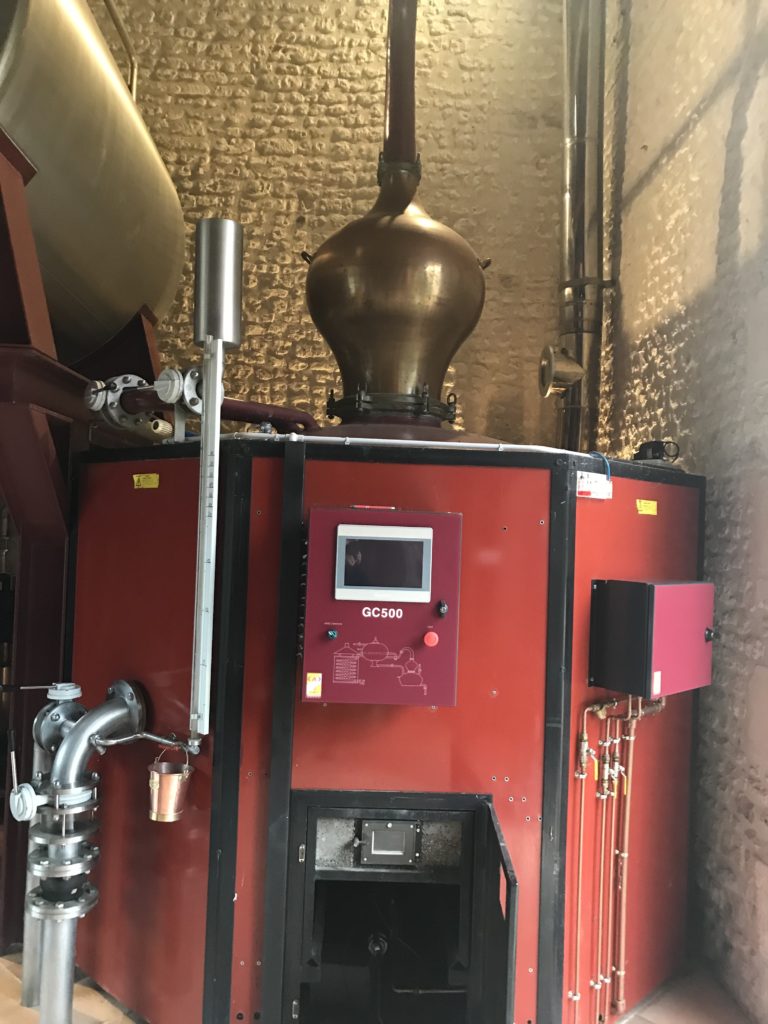 The Cellar Masters play a crucial role in the final product.  I might say even more so than in Scotch.  It was our pleasure to mirror them at every step.  They are responsible for transferring the eau de vie, or newly made spirit, from casks to casks over the next severely decades.  Amanda was even allow to blend a 100 year old Cognac stored in a glass jar wrapped in clothe.  She needed guidance at first, but how very jealous and proud I was of her.  Their casks are monitored consistently mainly by nosing, and tasted periodically.  Based on how the flavors are developing the Master Blender may move the spirit to a new barrel for oak, a “red barrel” (used cask), or older neutral casks when nearing perfection. 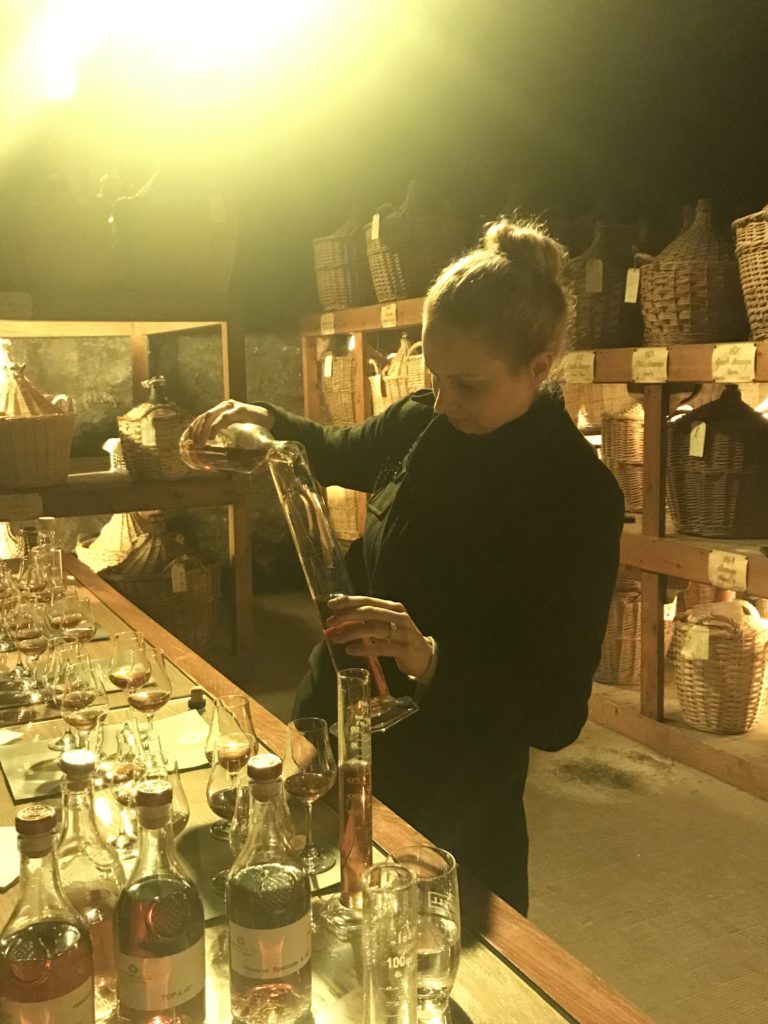 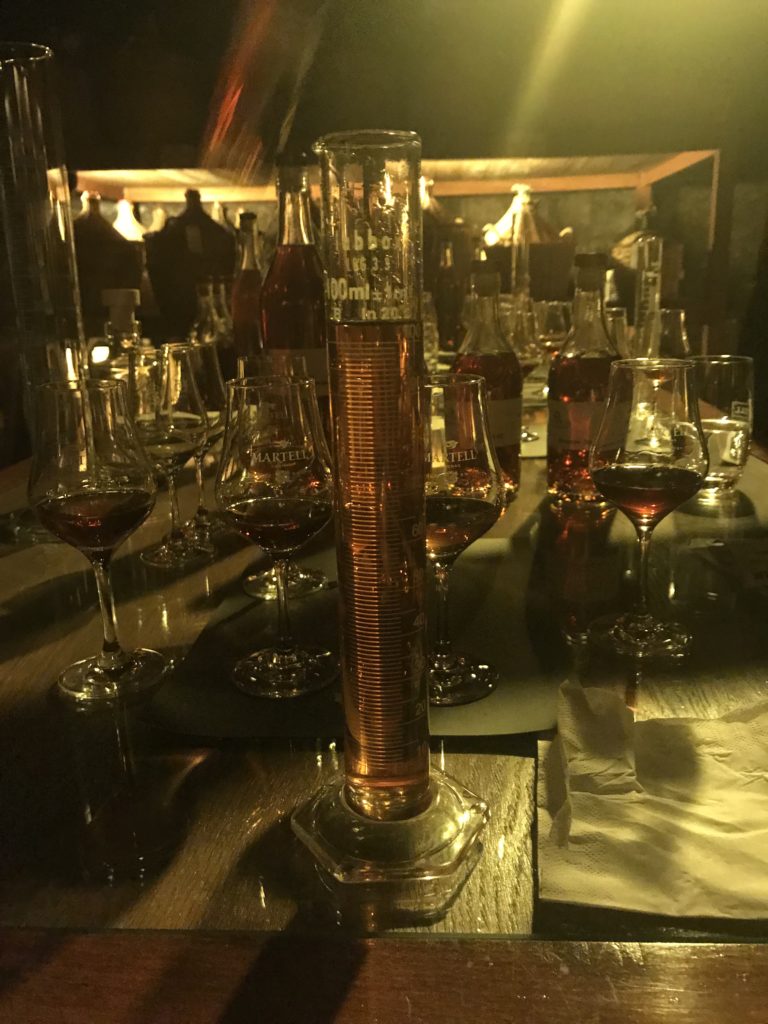 The marriage of spirits into a new casks can take months.  And unlike Scotch, Cognac will marry their proofing water over the corse of weeks or months to avoid non-chill filtering.

Amanda & I had the opportunity to visit Tonnellerie Leroi, one of the only barrel cooperages in Cognac.  Their master cooper took the time to draw me an illustration and demonstrate how to repair a leak that has been plaguing us for years!  So many wasted hours doing the best I could to chase those leaks… now solved 😅 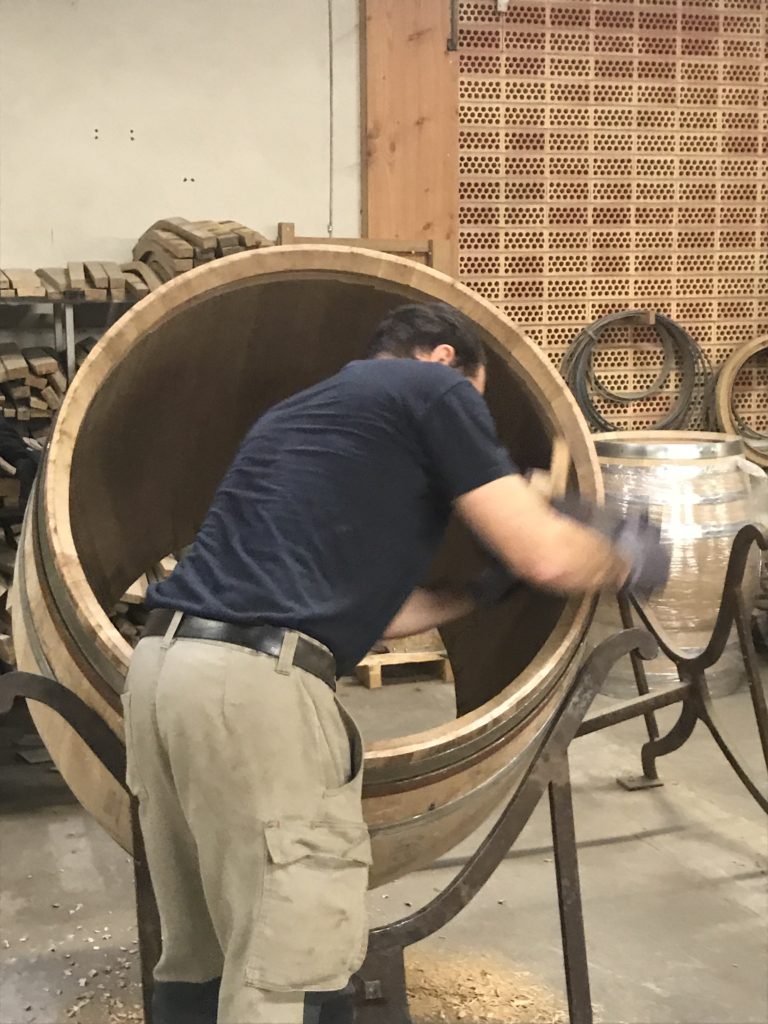 At this point I’m truly overwhelmed and amazed by all we’ve learned.

I should take a moment to mention another family owned Cognac house who was incredibly helpful and generous with their time.  Camus produces some outstanding spirits distilled “on the lees,” meaning the yeast and grape pulp are left in during distillation.  This produces a richness which beautifully presents itself (especially in their slightly older products).  Camus even suggested an ice cube to lower the proof in our Texas heat, and accentuate their spirits’ flavor which I strongly recommend after tasting a sip! 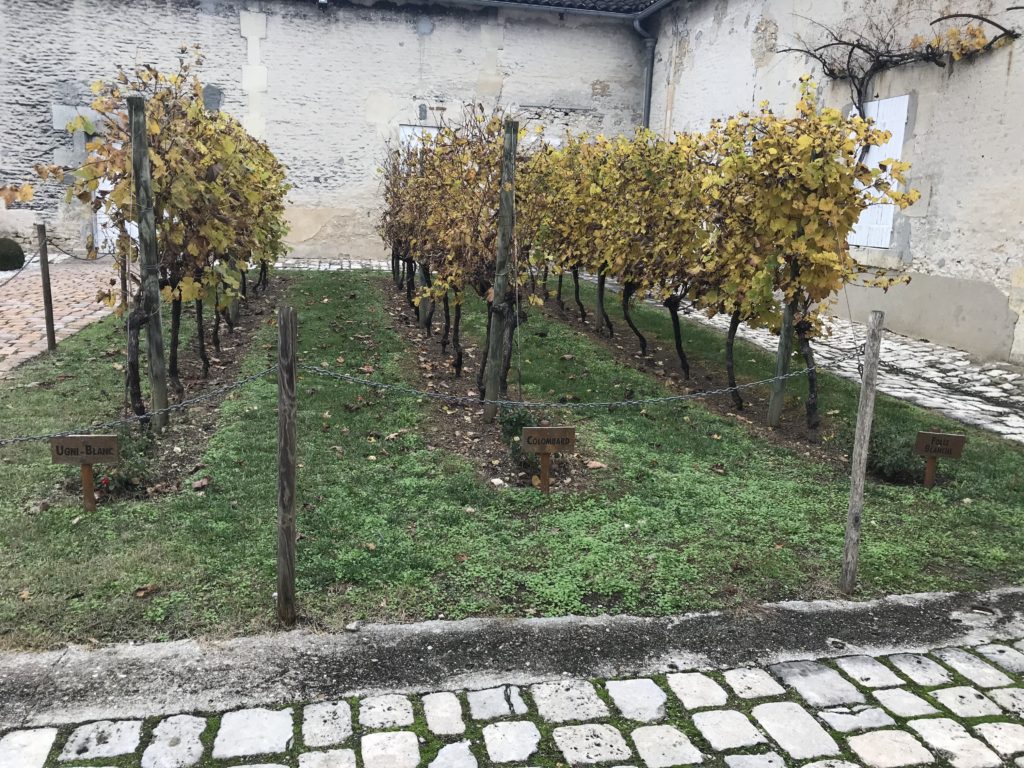 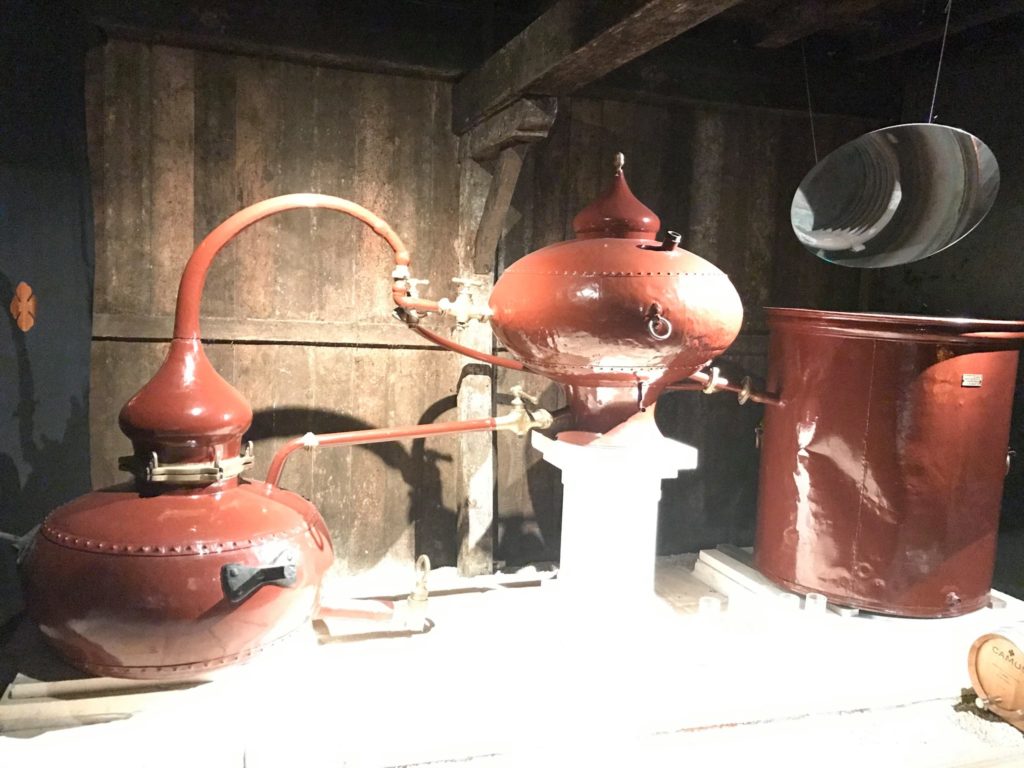 Here’s the amazing part of visiting Camus.  Monsieur Jean-David Costerg happened to be their.  He’s launching an Irish whiskey aged in Camus’ own Cognac barrels.  It’s aged just 3 miles off the coast of Dublin, Ireland on Lambay Island.  We were surprised to meet another whiskey producer in Cognac!  And were so excited to see all the planning that had gone into their business and spirit.  Jean-David and I seemed to love our work and share a real passion for the food and beverage industry.  Let’s hope to find Lambay Whiskey on Texas shelves soon!

Amanda & I will slowly begin implement some of what we learned in Cognac with a little oversight form our friends and colleagues.  It’s probably worth mentioning we have no plans to make brandy, or use cognac barrels.  We only wanted to learn techniques from expert distillers who were kind enough to share their knowledge.  And as with all things whiskey, it will take us time.  But we want to thank you all for your support over the years, and we wish your a happy holidays and merry Christmas!

P.S.  The Cover Photo of stain glass is from Sainte-Chapelle in Paris.  It was just too awe inspiring for me not to include